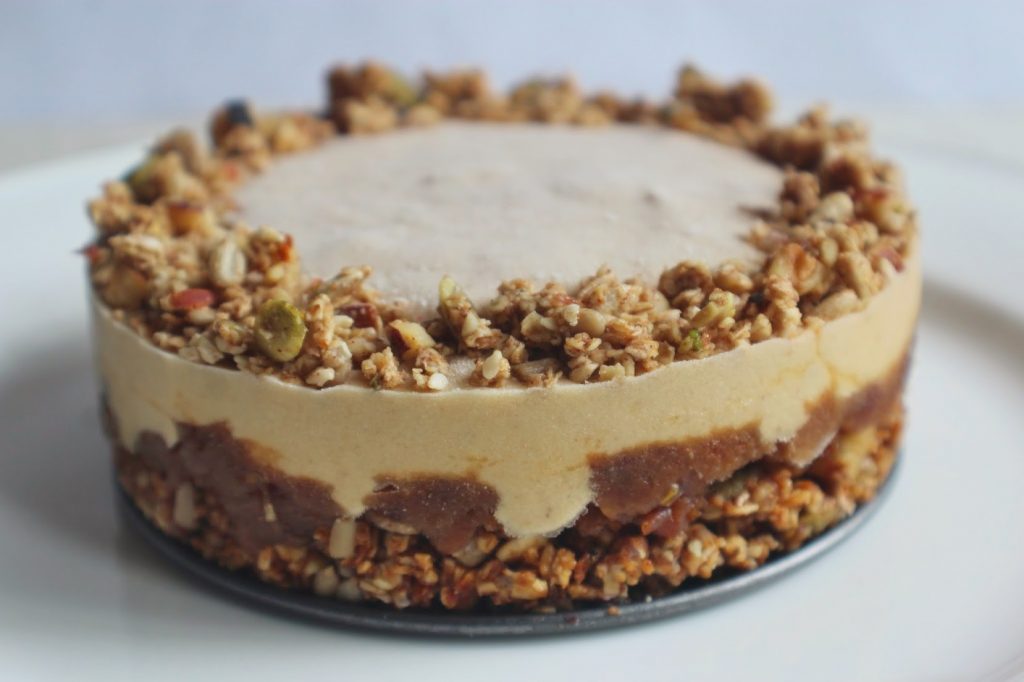 There’s pretty much nothing that Ezra Cohen, McGill graduate and founder of Ezra Cohen Montreal, doesn’t think that you can make better with nut butter. And it only takes one bite of this vegan cashew butter cheesecake to prove his point! This no-bake cheesecake makes perfect use of our All-Natural Cashew Butter as a creamy dairy substitute, blended smooth with a bit of vegan cream cheese and taken up a notch with a truly addictive brown sugar and coconut crumble topping (though you can modify it with any topping that you like).

If you’re looking for an easy, creamy vegan dessert, this vegan cashew butter cheesecake is sure to hit the mark. Here’s how to make it. 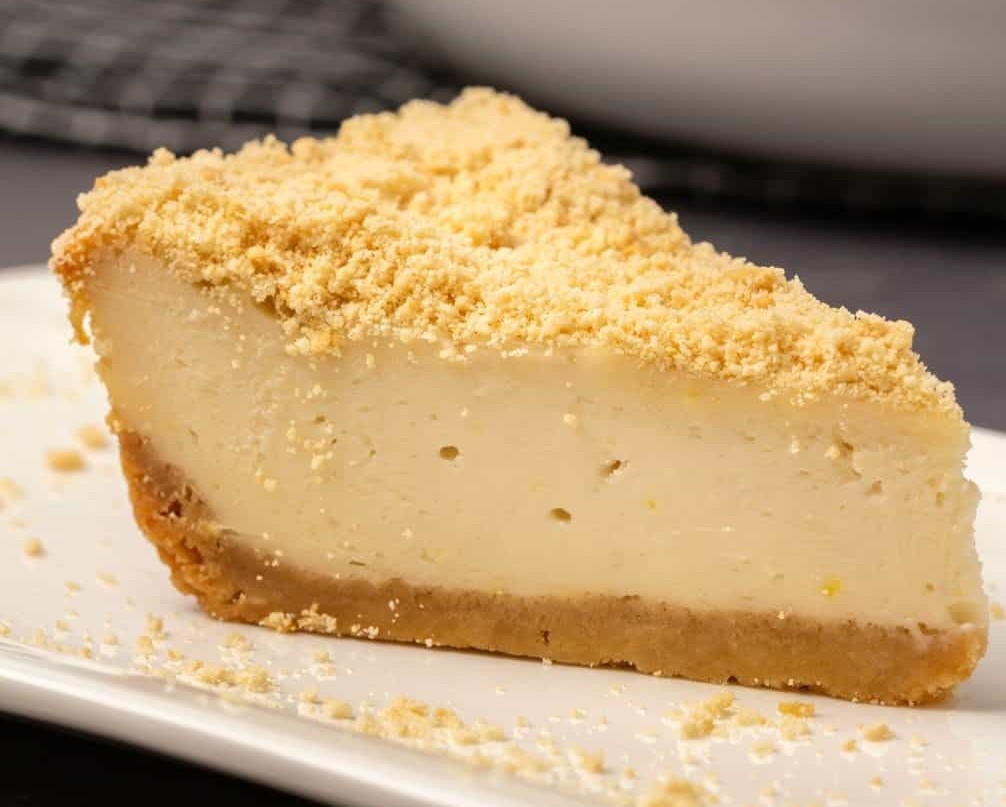 
For the crumble topping:

1. Start by making your crust. Add dates to a bowl of warm water for 15 minutes to soften. Once ready, blend in a food processor with the nut of your choice, cinnamon, and a pinch of salt until all ingredients are finely ground. Be careful not to over-process—you don’t want the nuts to be ground into a powder since then the crust won’t set. Press crust down into the base of 9” springform pan and place in the refrigerator.

2. Clean out the food processor and then add all of your filling ingredients. Blend until smooth. Pour over crust and use a spatula to evenly spread the mixture out. Return cheesecake to the refrigerator.

3. Make your crumble topping. Start by toasting nuts and shredded coconut together in a pan over medium-low heat. Add brown sugar and allow the mixture to thicken. Remove from stove and let cool for five minutes, then spoon evenly over the top of your cheesecake.

Want more great recipes from Ezra Cohen Montreal? Be sure to visit our recipe blog often, and check out our other awesome cashew butter recipes, including vegan cashew butter soup with roasted garlic and pumpkin!